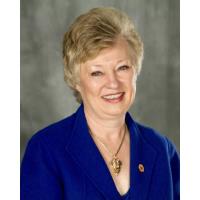 Zebulon, N.C. (March 6, 2018) – The North Carolina Restaurant & Lodging Association (NCLRA) recently announced its new 2018 Board of Directors, including local McDonald’s Owner/Operator, Doris Huebner.
Huebner was announced as a new addition to the NCRLA Board of Directors during the association’s Annual Meeting on Monday, February 5. She brings a wealth of knowledge from her career-long commitment to the restaurant industry spanning 43 years. Alongside her husband, Fred, and son, John, the Huebner family owns and operates 13 McDonald’s restaurants located in Garner, Zebulon, Clayton, Smithfield, Four Oaks, Dunn, Benson, and Raleigh.
“After ten years of being an active NCLRA member, I am looking forward to serving the industry in a new capacity while also using this as an opportunity to learn from my peers,” said Huebner.
Huebner began her career with McDonald’s in 1974 as an administrative assistant, working her way through the ranks before meeting her husband, Fred Huebner, who was approved as an owner/operator in 1986. She became a franchisee, as well, in 1999. In 2017, Huebner was awarded NCRLA’s Ken Conrad Award for Service to the Community, recognizing her work and involvement with a myriad of nonprofits in the area.
NCRLA’s Board consists of up to 25 directors, representing restaurants, lodging properties and allied partners from across North Carolina. These leaders voluntarily provide strategic guidance to NCRLA in its efforts to advance and protect the state’s hospitality industry.
About the Huebner Family McDonald’s organization
Originally established by husband-and-wife team Fred and Doris, the Huebner Family McDonald’s organization has been operating in the Garner area for 43 years. What started as a single restaurant on Hillsborough Street in Raleigh has now grown to 13 restaurants in Garner, Zebulon, Clayton, Smithfield, Four Oaks, Dunn, Benson and Raleigh. Son, John Huebner, joined the business becoming an owner/operator as well. For more information, visit their Facebook and Instagram.